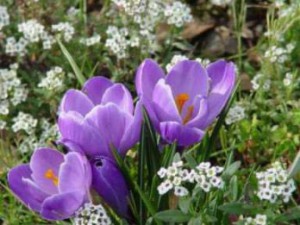 Mental illness and violence do not go hand in hand.

Scientific research suggests that this public opinion does not reflect reality. The results of several recent large research projects conclude that only a weak connection between mental health problems and violence exists in the community.  In fact, research has shown that the vast majority of people who are violent do not suffer from mental health problems.

Did you know that people with mental illness are far more likely to be victims than people who commit violent crimes?

A recent study by researchers at North Carolina State University and Duke University has found that people with serious mental illness, such as schizophrenia, bipolar disorder or psychosis, are much more likely to be attacked, raped or mugged than the general population.

The general public usually hears about mental health problems through the news media or the movies. Unfortunately, the media often portrays people with mental health conditions as unpredictable, violent, and dangerous. This portrayal continues to support negative attitudes, prejudice, and feelings of discrimination against people who have mental illness.

As a result, Americans are hesitant to interact with people who have mental health problems. Many people are unwilling to be friends with someone having mental health difficulties. Even more people do not want someone who has schizophrenia as a close co-worker or are unwilling to have someone with depression marry into their family.

What can the public do to help?

Studies show that people with mental health problems do get better. Millions of people completely recover and lead happy, healthy and productive lives.  People can often benefit from medication, rehabilitation, talk therapy, self help or a combination of these. One of the most important factors in recovery is the understanding, acceptance and support of family and friends.

Here’s what San Mateo County is doing to help

Reducing the stigma and discrimination associated with mental health problems are critical in helping people recover. Learn more about San Mateo County’s Anti-Stigma Initiative and take the pledge to help fight the stigma!