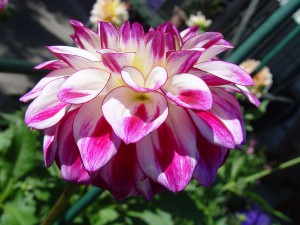 Post-traumatic Stress Disorder (PTSD) is the most common diagnostic category used to describe symptoms arising from emotionally traumatic experience(s). This disorder presumes that the person experienced a traumatic event involving actual or threatened death or injury to themselves or others — and where they felt fear, helplessness or horror. Three additional symptom clusters, if they persist for more than a month after the traumatic event and cause clinically significant distress or impairment, make up the diagnostic criteria.

The three main symptom clusters in PTSD are: Intrusions, such as flashbacks or nightmares, where the traumatic event is re-experienced. Avoidance, when the person tries to reduce exposure to people or things that might bring on their intrusive symptoms. And Hyperarousal, meaning physiologic signs of increased arousal, such as hyper-vigilance or increased startle response. The actual symptoms used in the United States are described in the Diagnostic and Statistical Manual of Mental Disorders, or DSM. The most current version of the DSM is the DSM-5, published in late May of 2013. More detailed online information about DSM-5 is available here. Two interesting diagnostic changes were made in the DSM-5’s version of PTSD. The disorder has moved out of the Anxiety Disorders chapter, and into a chapter on Trauma- and Stressor-Related Disorders. Also, a “with dissociative symptoms” subtype can now be specified, although this shares the same diagnostic code. In my view, these are small but important steps forward. If a traumatic event occurred recently, then an individual might suffer from Acute Stress Disorder, which involves symptoms similar to PTSD but without the one month duration requirement. An alternative classification system, the World Health Organization’s International Classification of Diseases, or ICD-10, uses a comparable but somewhat different symptom summary.

PTSD was officially classed as an anxiety disorder for over thirty years (from 1980 until May 2013), but some argued that it fit more closely among dissociative disorders, while others felt it belongs by itself. There has also been discussion over differential diagnoses for simple vs. chronic traumatic histories (such as Complex PTSD, or the proposed DESNOS diagnosis: for Disorders of Extreme Stress, Not Otherwise Specified). Research suggests that DESNOS may be more frequent among individuals whose subsequent adult traumas complicate chronic or unresolved childhood traumatic experiences, and these differences may have important implications for treatment. The proposed DESNOS disorder (still not contained in the DSM) is discussed in articles by Bessel van der Kolk, Julian Ford, and others (including me).

While PTSD is the “prototypical” traumatic disorder, some people — or some stressors — present variations on this theme. Depression, Anxiety, and Dissociation are three other disorders that may sometimes arise after traumatic experiences, but Somatoform disorders — and even hypertension — can be seen in some populations. It remains a puzzle to the prevailing cognitive behavioral view that some physical disorders (chronic pain, hypertension, congestive heart failure, etc.) appear to be associated, or comorbid, with traumatizing experiences. Which trauma-related symptoms appear may depend on how a particular individual deals with or expresses their stress, probably influenced by the individual’s subjective interpretation of the stress as well as unconscious factors. Individual differences affect both the severity and the type of symptoms experienced.

Almost everyone dissociates to some degree. Dissociation is a fairly normal coping strategy in the face of overwhelming stress, but extreme dissociative tendencies may be pathological. At this extreme, Dissociative Identity Disorder, or DID (formerly called MPD), is a condition requiring specialized treatment.

One additional aspect of traumatic exposure affects primarily the workers who help trauma and disaster victims. These people include psychologists and other mental health professionals, but also the emergency workers — EMTs, physicians, fire, police, search & rescue, etc. — exposed to an overdose of victim suffering. These professions are at-risk for secondary traumatization. Known by various names — compassion fatigue, secondary or vicarious traumatization, and “burn out”, the symptoms here are usually less severe than PTSD-like symptoms experienced by direct victims in a disaster. But they can affect the livelihoods and careers of those with considerable training and experience working with disaster and trauma survivors. Secondary trauma might also be seen in jurors, for example, or in other individuals exposed to traumatic material (e.g., journalists; news photographers). Risk for secondary trauma is not limited to professions where such exposures are commonplace. As you might expect, the risk increases when traumatic exposures are unexpected, or among those without adequate preparation.

Expect this, if you work with or are exposed to the stories of many disaster/trauma victims, and take steps to protect yourself at the first sign of trouble. Basically, there are three risk factors for secondary traumatization: 1) exposure to the stories (or images) of multiple disaster victims, 2) your empathic sensitivity to their suffering, and 3) any unresolved emotional issues that relate (affectively or symbolically) to the suffering seen.

Aside from using whatever stress reduction or stress management measures work best for you, there’s little an emergency or disaster worker can do about the first two risk factors, but it does help reduce the risk for vicarious traumatization if you know your own personal vulnerabilities and unresolved upsetting issues. Those are the cases best referred to your colleagues, when possible. Beth Stamm has created a wonderful website particularly on Secondary Traumatization that discusses these issues in much greater detail, and S. Megan Berthold has developed a lengthy article on Vicarious Trauma.

For many exposed individuals, especially those in the at-risk professions, participation in well-run CISD (Critical Incident Stress Debriefing) groups may also help resolve upsetting experiences more quickly, as long as participation is voluntary (not mandatory). Group debriefings may be adequate for most, but brief individual sessions might be needed for 10 – 20% of those suffering the most severe exposures. In fact, one value of debriefing groups is to help identify those workers needing additional attention. (There are now several links to articles and references about CISD on the Support Page, as well as other links specifically on PTSD among police and other emergency workers.)