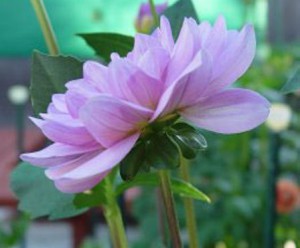 The July Seattle evening was balmy as I made my way to the sexual recovery 12-Step meeting for newcomers. It was 2001, and I was thirty-one years old. Descending the steps to the church basement, the shadowy stairwell gave way to fluorescent lighting and a pale gray-cream linoleum tile floor. Wearing a bright pink tank top and short white shorts, I had on the least clothes of anyone in the room. And it was a big room, full of men, not another woman in sight. At least thirty were already seated, with more arriving. There were men of all ages, though mostly older. And all were sex addicts, like me.

I don’t remember what I was thinking—outside of saying hi to the one man who said hi to me—but my inner dialogue probably went something like this:

Staci Sprout is a licensed psychotherapist, author and publisher with twenty years of experience as a therapist and social worker in a variety of settings from community mental health and hospitals to private clinical practice. She is a survivor of neglect, abuse and addiction who speaks about her recovery at conferences and retreats. Staci lives near Seattle, Washington, with her husband, who is also in recovery.

This is an excerpt from Staci’s book titled Naked in Public: A Memoir of Recovery From Sex Addiction and Other Temporary Insanities. In it, she traces her journey from the painful world of sexual intrigue and addiction into a life of healing and purpose.

Oh look, he’s looking at me. Look how quickly he looked away. What IS that? Is that sexual sobriety?

There’s another man looking at me. I look hot. I’m thin and tan. Another. I’m powerful here. I like it. Oh, I am in heaven.

It’s cold in here. I should’ve brought a sweatshirt. Where should I sit?

I said hi, politely, to a man who greeted me.

He’s creepy. I feel like shit. What’s wrong with me? Why am I here? I don’t belong here. I’m the only woman. God, the meeting is about to start. Where do I sit? No one wants to sit by me.

This chair is cold. I hate these freezing folding metal chairs. I want out of here!

As I sat in the circle with my eyes down, I placed all my mental focus on my intuitive feelers, as I always did back then in groups.

Who’s looking at me? Who’s tuned in to me being here? Who’s lusting after me?

In the center of my energetic web, I cast invisible tendrils all around the circle. I imagined that I could feel every vibration around me, and that I could control them all. I was the spider in the middle of its lair, the black widow in the pink tank top, ready to spring on my prey and devour it.

The meeting started with the customary introductions, but I tuned out the words. Wrapped in the familiarity of my web, I was getting high off the vibrations I was starting to feel from men in the room.

Then another sensation intruded, a wave of shame that made me feel like a teenager whose mom had just dropped her off at detention. I ignored it, forcing my thoughts back to the men. Per my energy read, I estimated that approximately twelve of the men were reacting to me. My goal was to get 100 percent of them to react, but I didn’t know then that some of the members were gay and not sexually attracted to women. I also didn’t know that some of the straight men were “sexually sober,” and protected from my energetic intrusion by a deep awareness about sexual energy. They knew exactly what I was up to, and ignored it.

And then the sharing started. That was a little more interesting. Like a Quaker meeting, there was silence, then randomly someone spoke up, typical of 12-Step meetings: the first name intro, but with a twist. In here, they said they were sex addicts. Out loud. In front of everyone.

I vaguely recall that several men talked about their lives, but I don’t remember anything that was said. Until I heard six words that have never left me, spoken by an executive type in a tailored suit. He had finely cut, short silver hair and shiny, manicured nails, and I can hear his words like it was yesterday.

“My life is an open book.” When I heard them, the six words seared through me, lighting up something deep and real inside, a longing that was so strong it bordered on excruciating, an ache I felt to my core. Whatever that place in me was, it had been dark, dull, and mostly forgotten for as long as I could remember.

My web vanished, and I began to listen intently.

To order the e-book of Naked in Public: A Memoir of Recovery From Sex Addiction and Other Temporary Insanities, visit http://www.amazon.com/dp/B015QSEMNQ#customerReviews. It’s also available for iBooks and Nook. The print version will be available by December 2015. More information available at www.stacisprout.com.