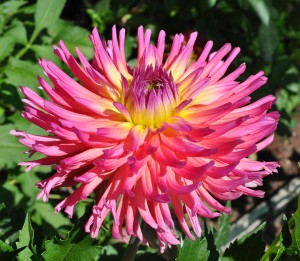 My name is Margie and I am a survivor. This is my story of healing from wounds caused by trauma and betrayal.

I was sexually abused by my father my entire childhood, acting as surrogate wife and trying to protect my younger sisters, with my mother looking the other way. Also as a child and teenager I was abused in cult activities, both inter-generational and local church-related. My natural instincts of fight or flight were obliterated. That left me with one other option, shock, to which I creatively adapted.

I existed in a state of shock like a deer caught in headlights, the soul that was born into my body always in deep hiding, terrified of taking a step in any direction. I unconsciously lived in a quagmire of indecision, blaming others for my unhappiness. I coped with horrific trauma by fragmenting my psyche. I somehow picked up cues from those around myself, acted normal to the world, was able to be a chameleon. My defense of dissociation continued into adulthood even in seemingly minor situations where I felt afraid, my already overwhelmed nervous system pushed to the brink of endurance.

The shame of what I had endured and participated in, without running from or fighting the adults in charge, clouded most moments of my adult life. I felt contaminated, dirty, not worthy of letting anyone get to know me. I wanted to be seen, to be able to express myself, but at the same time I hated any eyes on me, believing that if others only knew the real me they would be disgusted.

At age 14, while blocking out all horrors, I felt like I was in a black hole, believed I would die. I somehow went through the motions of getting good grades throughout high school. I coped in my twenties and thirties in many ways: being a workaholic, being promiscuous, being obsessive compulsive. I had many health problems including chronic allergies, diabetes, and sciatica. I tried extreme diets like vegetarianism and macrobiotics, at one point living on raw foods until I became dangerously thin.

Without a college degree I somehow worked my way up to become a loan officer in the credit union at an elite college. My father had a prestigious job for many years at the same college. He died of cancer when I was in my late twenties, at which point the stress caused me to require daily insulin injections. I started consciously remembering the abuse in my early thirties and attended twelve-step meetings for incest survivors, which felt both scary because I hated group settings and helpful because others could identify with my feelings.

By now, I owned a successful retail business after several years of managing another store. My romantic partner had multiple personalities and was coincidentally abused in the same cult at the same time I was. We were somehow able to run the stores while abreacting all kinds of memories. After four loving and agonizing years I was left, and lost everything: my soul-mate and all those inner children I had come to love, my home, my business, my community. I was in agonizing grief and couldn’t figure out what my life’s work was. I became manager of a new-age store for many years, which now looking back was not the healthiest job for a cult survivor. I was also a merchandiser, consultant, and in sales and marketing in the health food industry, often changing jobs every year. Then I wrote grant proposals for a rape crisis center.

All this time I came across as well-adjusted and high functioning while hiding my depression and anxiety. In my relationships with men I often tolerated verbal abuse, alcoholism and chronic indifference. Throughout my forties I was once again in constant pain in my pelvic area, back and legs from sacral cysts inside my spine, in addition to chronic neck pain caused by numerous auto accidents. I went to many doctors, tolerated many injections, medical tests, x-rays, and tried numerous pain killers and anti-depressants with negative side effects. I felt more traumatized than ever because all these procedures reminded me of my abusive childhood. I finally went on disability in my mid-forties. I started smoking cigarettes daily to squelch the physical pain which was masking the emotional pain, the hopelessness.

I was in some kind of psychotherapy from my mid-twenties to mid-forties. In hindsight I know I gleaned some important insights from well-meaning therapists. At the time, however, I did not have a strong enough sense of self to choose the right fit and often stayed with re-traumatizing therapies, slipping further into long depressions. Part of me knew I was on the wrong road, but I had the magical thinking that there would be a reward for more suffering, while simultaneously wanting someone to figure it all out and intervene. For me to be truthful, honest, or direct meant death. I mistakenly believed I had a small amount of control by staying suspended in my internal prison. To risk allowing joy or positive feelings into my life would have been too much of a set-up because as a child I was constantly betrayed when I dared to express myself.

Even though I now take responsibility for my poor choices of therapy, I look forward to the day when post traumatic stress symptoms are seen as normal reactions to abnormal situations. Formal diagnoses felt demeaning to me. I tried to find help in processing cult memories but often felt disbelieved or minimized. Instead of finding support for my own metaphors for healing, I constantly let myself be pulled off course and would try to fit myself to whatever modality the therapist had studied. I shut up and allowed myself to be brainwashed again and again.

The Road to Healing

When I decided to take a break from traditional psychotherapy and the system, I started to really come alive. Reading books had saved my life as a child and I have been at it ever since, reading literally hundreds of biographies and true stories about people defying the odds. I read countless psychology books and pieced together my own healing plan. Peter Levine’s “somatic experiencing,” based on the way animals in the wild heal from trauma, Babette Rothschild’s The Body Remembers , and Robert Scaer’s The Trauma Spectrum resonated the most because I had so many physical symptoms. I practiced different kinds of sensory exercises and over time was able to access my emotions, and eventually felt more grounded and integrated. Based on Richard Schwartz’s family systems therapy, I started making a habit of directing compassion and curiosity toward each wounded part of myself, instead of the usual chastising of my mistakes.

Last year I moved from the cold northeast to the south. I finally followed through on something scary, and this time did not let myself once again be talked out of it. Aside from the healing aspects of sunny weather and more time in nature, the move put a huge physical distance between me and my family of origin, all of whom seem to be in some sort of denial about any dysfunction.

Through the acceptance of my dear friends I have finally internalized a caring parent to myself during frustrating situations. I am not remotely as obsessive compulsive. I have quit smoking cigarettes. I now avoid emotionally abusive and alcoholic men. I revel in close long-term friendships full of honesty and truthfulness, without trying to control everything, or hiding myself, or running away, burning bridges. I no longer feel the need to be perfect, nor to please everybody.

Other things that have helped me to heal are journal writing and artwork, both avenues to vent my overwhelming anger. I was rarely a child when I should have been so I chose to make up for it later by collecting dolls and miniature furniture. Also, exploring the wonders of nature and gardening, and using nature metaphors in my writing have given me peace and a sense that there is a reason for everything.

Being in the presence of animals has helped me to heal. Even though scary feelings have arisen due to cult memories, the benefits prevailed. Not once have I seen a judgmental look projected toward me. Being around horses, my friends’ dogs, and now my pet guinea pigs I have learned about healthy boundaries, that bodily functions are okay, that emotions are acceptable and fluid. I have grieved over all creature’s vulnerability, and thereby connected to my own vulnerability. Despite the reality that life is not permanent, I can dare to love anyway.

I have a deep abiding spiritual faith. Not surprisingly I have silently rebelled against anything dogmatic, regimented, rigid, condescending or hypocritical. I have joined many groups only to feel disillusioned or reminded of my cult history. So I have adopted a little of this, a little of that, and made up a mix that works for me. I have let go of trying to change the past in my mind or obsessing about the future. Instead, I try my best to live in the present.

After years of a few steps forward and many steps backward, I finally feel free, hopeful, content, acceptable and accepting, comfortable in my body, at peace. There were so many times I felt like giving up – the shame was so intense – but am glad I did not. I know there will certainly be challenging times, but my tears of grief have moved me to a sense of joy I never believed possible.